(1) Adjusted EBITDA is Adjusted Earnings Before Interest, Taxes, Depreciation and Amortization and is a non-GAAP financial measure; see 'Non-GAAP Information' section later in this release for more information including reconciliations to the most comparable GAAP measures.

'We are pleased with the continued improvements in operational and financial performances during the third quarter of fiscal 2022,' Jason Brown, President and Chief Executive Officer, commented. 'The quarter was highlighted by a 13% increase in production and a 20% increase in adjusted EBITDA from the prior quarter reflecting both a partial quarter of production from our Williston acquisition and improved oil price realizations. The next quarter ending June 30, 2022 should show further improvements due to realizing a full quarter of performance from both the Williston acquisition and inclusion of the Jonah Field acquisition closed in April, assuming a continued stable commodity price environment. This will be somewhat offset by hedges on a small portion of our pro forma production through March of 2023 as required under our credit facility. The addition of the Williston and Jonah Field reserves and improvements in forward commodity price curves have subsequently eliminated the requirement to extend the hedges. Furthermore, improved pricing is encouraging our operators to increase production maintenance and enhancement operations as we continue to collaborate closely with them to identify and execute on development opportunities that provide attractive returns on investment.'

Mr. Brown concluded, 'The new acquisitions further diversify the Company's product mix and geographic footprint within attractive commodity and regulatory markets, while adding substantial and largely controlled opportunities to invest in low-risk, organic development opportunities with our operating partners. Most importantly, the acquisitions are accretive to cash flow in support of our objective to return consistent and substantive dividends to shareholders, particularly since the acquisitions were based on significantly lower commodity prices than realized in the current quarter and observed in the current forward curve. We look forward to continued sustainability and further growth in our dividend payout as appropriate as we look to substantially reduce our debt in the near term. The Company will continue to evaluate accretive acquisitions as well as low risk, high potential return development drilling opportunities.'

Financial and Operational Results for the Quarter Ended March 31, 2022

(1) Adjusted net income is a non-GAAP financial measure; see 'Non-GAAP Information' section later in this release for more information including reconciliations to the most comparable GAAP measures.

(2) Adjusted EBITDA is Adjusted Earnings Before Interest, Taxes, Depreciation and Amortization and is a non-GAAP financial measure; see 'Non-GAAP Information' section later in this release for more information including reconciliations to the most comparable GAAP measures.

Lease operating costs increased to $12.1 million compared to $10.7 million in the prior quarter. This increase was primarily due to a $1.0 million increase in other lease operating costs reflecting incorporation of the Williston Basin assets as of January 14, 2022 and $0.4 million in higher CO 2 costs at Delhi compared to the prior quarter due to higher purchased CO 2 volumes and an increase in CO 2 cost per MCF as the CO 2 purchase price is based on oil pricing.

The Company's general and administrative expenses decreased 17% to $1.5 million for the current quarter from $1.8 million in the prior quarter. The decrease was primarily due to lower consulting, legal, and compensation costs in the current period.

Net income for the current quarter was $5.7 million, or $0.17 per diluted share, versus $6.8 million, or $0.20 per diluted share, in the prior quarter. The decrease in net income was primarily attributable to a $2.4 million unrealized loss on commodity contracts related to the mark-to-market value of hedges. Adjusted net income for the third quarter, excluding selected items, (see 'Non-GAAP Information' section later for a reconciliation of the GAAP to Non-GAAP metric) was $7.7 million, or $0.23 per diluted share. During the quarter, the Company entered into hedges on a small portion of its production as required by its lender under its revolving credit facility. This decrease was partially offset by higher revenues attributable to higher commodity prices and an increase in production. The average realized price per barrel of oil equivalent increased 4.5% to $51.16 per BOE compared to $48.98 per BOE in the prior quarter. This increase was primarily due to a 30% increase in realized crude oil prices from $70.29 per barrel in the prior quarter to $91.28 per barrel in the current quarter.

Net production at Delhi in the current quarter was 112,494 BOE, a 4% increase compared to 108,245 BOE in the prior quarter. Contributing to the sequential increase was NGL production that was 57% higher, primarily due downtime at the NGL plant in the prior quarter to replace a turbine and cold inlet temperatures at the NGL plant that reduced flow rates. Oil production continues to be negatively affected by the nine-month suspension of CO 2 purchases during 2020 due to repairs of the third-party owned and operated purchase supply line that lowered reservoir pressure. CO 2 purchases increased in the current quarter which assisted in arresting the production decline and restoring some of the reservoir pressure previously lost. However, reservoir pressure has yet to reach levels prior to the suspension, which is projected to increase oil production when achieved.

The average oil price per barrel realized by Evolution at Hamilton Dome during the current quarter was $81.84 compared to $64.59 during the prior quarter, an increase of 27%. Production from the field is transported by pipeline to customers and is priced on the Western Canadian Select (WCS) index, which generally trades at a discount to West Texas Intermediate ('WTI'); Evolution receives a bonus to the WCS index.

Net production of the Barnett Shale properties was 307,381 BOE for the current quarter versus 285,761 BOE in the prior quarter, an increase of 8%. As previously discussed, production in the prior quarter was impacted by the operator's financial decision to maximize overall field cash flow. This resulted in production mix adjustments due to rejecting ethane in order to capitalize on higher natural gas prices and drive increased total cash flow in the first six months of fiscal 2022, which resulted in a change in estimate during the prior quarter.

The average natural gas price per MCF realized by Evolution at Barnett Shale during the current quarter was $4.25 compared to $5.05 during the prior quarter, a decrease of 16%.

As of March 31, 2022, cash and cash equivalents totaled $13.4 million. Evolution had $20.0 million of debt outstanding under its revolving credit facility and total liquidity of $43.4 million. During the third quarter of fiscal 2022, the Company fully funded operations, development capital expenditures, and cash dividends through cash generated from operations and its working capital position, and expects the same for the remainder of fiscal 2022. The increase in borrowings from $4.0 million at December 31, 2021 was due to funding the closing of the Williston Basin Acquisition in January. Evolution expects to manage near-term development activities for its properties with cash flows from operating activities and existing working capital.

Evolution Petroleum Corporation is an oil and natural gas company focused on delivering a sustainable dividend yield to its shareholders through the ownership of oil and natural gas properties onshore in the United States. The Company's long-term goal is to build a diversified portfolio of oil and natural gas properties primarily through acquisition, while seeking opportunities to maintain and increase production through selective development, production enhancement, and other exploitation efforts on its properties. Our properties include our non-operated interests in the Barnett Shale in North Texas, a CO 2 enhanced oil recovery project in Louisiana's Delhi Field, a secondary recovery project in Wyoming's Hamilton Dome Field, and the recently acquired properties in the Williston Basin in North Dakota and Jonah Field in Wyoming. Additional information, including the Company's annual report on Form 10-K and its quarterly reports on Form 10-Q, is available on its website at http://www.evolutionpetroleum.com .

All forward-looking statements contained in this press release regarding current expectations, potential results and future plans and objectives of the Company involve a wide range of risks and uncertainties. Statements herein using words such as 'believe,' 'expect,' 'plans,' 'outlook,' 'should,' 'will,' and words of similar meaning are forward-looking statements. Although our expectations are based on business, engineering, geological, financial, and operating assumptions that we believe to be reasonable, many factors could cause actual results to differ materially from our expectations and we can give no assurance that our goals will be achieved. These factors and others are detailed under the heading 'Risk Factors' and elsewhere in our periodic documents filed with the Securities and Exchange Commission. The Company undertakes no obligation to update any forward-looking statement. 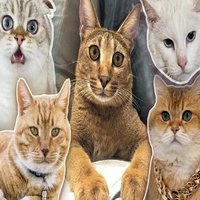 US airlines seek end to Covid testing for international travel

Compensation to victims of 2021 condo collapse OKd at $1 billion