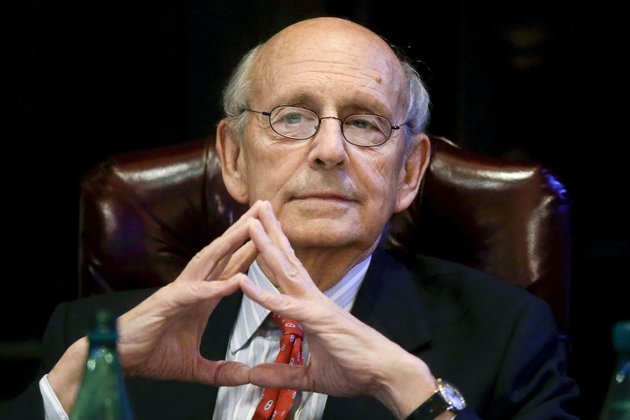 Stephen Breyer will leave a legacy that reflects the Supreme Court he joined nearly three decades ago - less fractious and less partisan than the bench he is reportedly set to leave at the end of the current term.

When Breyer was nominated by Democratic President Bill Clinton in 1994, he was not a controversial choice. He was confirmed by an 87-9 vote in the Senate, garnering the support of 79% of Republicans.

There were few surprises at his relatively uneventful confirmation hearing. By and large, senators knew what they were getting: a moderate liberal who took a pragmatic approach to judging.

For Breyer, this meant a healthy respect for precedent and endeavoring to understand the practical consequences of the court's cases, including how they affect the general population.

Breyer joined a court that had just reaffirmed the right to abortion in 1992's Planned Parenthood v. Casey, and he consistently upheld the precedent set by that case and Roe v. Wade throughout his tenure. In 2000, he wrote the majority opinion in Stenberg v. Carhart, invalidating a state law that criminalized "partial-birth" abortion. In more recent terms, his opinions in Whole Woman's Health v. Hellerstedt and June Medical Services, LLC v. Russo, in 2016 and 2020 respectively, struck down state hospital admission requirements for abortion clinic doctors.

As the court moved in a more conservative direction, particularly after the 2020 death of liberal Justice Ruth Bader Ginsburg, Breyer forged an alliance with Chief Justice John Roberts at the Court's pragmatic center.

Together, they led the court to moderate rulings upholding the Affordable Care Act and the free-speech rights of students.

Breyer's moderate, pragmatic approach to judging is also apparent in his dissents. For instance, in 2015's Glossip v. Gross, Breyer argued that the death penalty was unconstitutional because it was not consistent with contemporary understandings of what constitutes "cruel and unusual punishment."

Being moderate didn't mean that Breyer was without strong feelings. In the school integration case of Parents Involved in Community Schools v. Seattle School District No. 1, which came before the court in 2007, Breyer read his dissent from the bench - a rare occurrence that signaled his passion for the issue.

Breyer sharply criticized the majority's decision to strike down voluntary integration policies aimed at achieving racial diversity in a student body. Lamenting what he viewed as a radical departure from precedent, Breyer wrote, "It is not often in the law that so few have so quickly changed so much."

Justice Breyer is a product of the era in which he was confirmed: a conservative America where only moderate Democrats were politically viable.

[Over 140,000 readers rely on The Conversation's newsletters to understand the world. Sign up today.]

Clinton had considered several high-profile liberal politicians, including Maine Senator George Mitchell and then-Interior Secretary Bruce Babbitt, for the Supreme Court seat left vacant after the retirement of Justice Harry Blackmun. But in the end, he opted for a moderate judge who was already on the bench.

Breyer's pragmatic approach allowed him to reach consensus with his more conservative colleagues.

His expected departure reminds America that the era of consensus has largely passed.