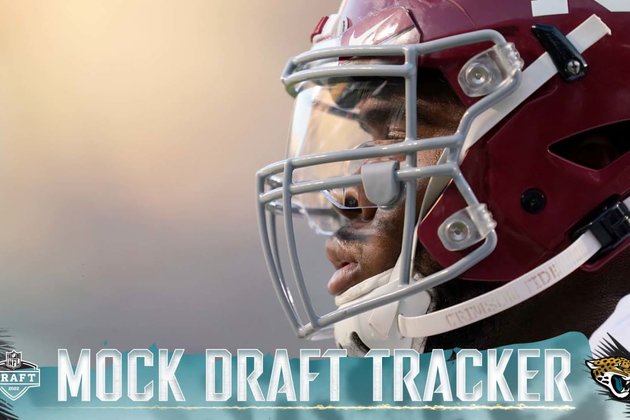 JACKSONVILLE - The focus remains up front.

That's expected to continue being true when analyzing the Jaguars and the No. 1 selection in the 2022 NFL Draft, and that certainly is the case in the second '22 jaguars.com mock draft tracker.

Offensive tackle and pass rusher remains the focus for the Jaguars at No. 1 among analysts projecting the draft, with Alabama offensive tackle Evan Neal and Michigan defensive end Aidan Hutchinson remaining popular choices.

Neal, one of several players being discussed as the draft's best offensive linemen, was projected to the Jaguars at No. 1 by multiple analysts this past week. Among them:

Daniel Jeremiah of the NFL Network.

"Jacksonville needs to use this offseason to provide some help for Trevor Lawrence," Jeremiah wrote while projecting Neal No. 1.

Trevor Sikkema of Pro Football Focus wrote of Neal to the Jaguars, "There is plenty of variety (possible) with this pick, but I believe building the strongest offensive line in front of (quarterback) Trevor Lawrence is the best option."

With Jeremiah, Sikkema and Chris Trapasso of CBS Sports projecting Neal to the Jaguars at No. 1, Ryan Wilson of CBS Sports, Kyle Crabbs of The Draft Network and Mel Kiper Jr. of ESPN projected Hutchinson there.

"There could be some talk about the Jags taking a left tackle here, but I'm not buying that over the value of having a truly great edge rusher," Kiper wrote.

"The Jags have taken an edge rusher in the first round in two of the last three drafts, but we don't expect there to be teams clamoring to trade up to the top pick in this draft and Jacksonville may be stuck here," Wilson wrote.

"Thibodeaux's ceiling is similar to Von Miller's," Perez wrote. "You don't pass guys like that up."

Josh Edwards of CBS Sports projected Mississippi State offensive tackle Charles Cross to the Jaguars No. 1, writing of the selection: "He is just a sophomore but has produced some of the best moments of any lineman this season."