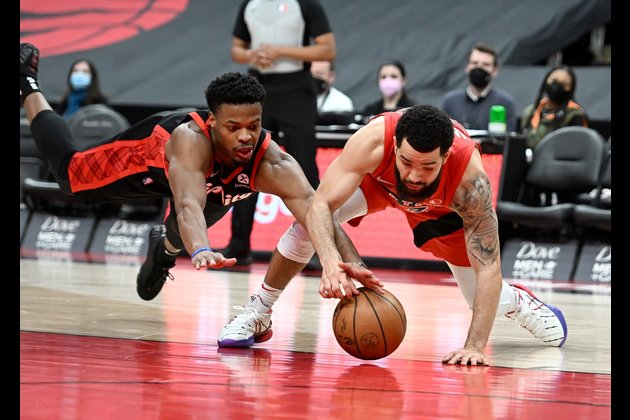 CJ McCollum's return to the lineup has provided an instant spark for the Portland Trail Blazers, who face the visiting Minnesota Timberwolves on Tuesday night.

In four games since returning from a collapsed right lung, McCollum is averaging 20.8 points, 4.8 rebounds and 4.0 assists on 50 percentshooting.

The veteran guard had 19 points and 10 rebounds in Sunday's 114-105 win over the Toronto Raptors as Portland finished a six-game road trip at 4-2.

"I thought it was an excellent trip," Trail Blazers coach Chauncey Billups said. "You come out and do six games and we played some very quality teams on this trip, and won four games. And we know our road woes this year. It's been tough to come by some wins. It was an incredible trip for us. I'm so proud of our guys. We're just becoming a real unit. I'm really happy about that."

After going 2-11 in December, the Trail Blazers are 7-4 this month. They'll look to maintain their momentum against Minnesota, which has won seven of its last 10.

"We showed everything," Russell said. "Rebounded solid. Made our free throws. Made shots. We could have rebounded better. We followed the game plan and saw the result. This was a great win for us. We did everything we were supposed to do."

Edwards made his 300th career 3-pointer before exiting the game in the fourth quarter after knocking knees with a Nets player. Coach Chris Finch said he expects Edwards to play against Portland.

The Wolves are also monitoring the status of guard Patrick Beverley, who missed Sunday's game with a right ankle sprain and is listed as day-to-day.

Minnesota ended an eight-game losing streak in Portland with a 116-111 win over the Blazers on Dec. 12. Towns led the Wolves with 23 points and 10 rebounds.

Forward Jarred Vanderbilt had 14 points and eight rebounds in the first meeting against Portland and continues to impress Finch, who often has the fourth-year pro guarding the opponent's best players.

"You can't quantify the added value that he brings because his teammates just feel comfortable that if I miss this shot, there's a really good chance Vando gets it back for us," Finch said. "It gives you confidence when you have a team on the ropes and Vando comes up with a loose ball or the offensive rebound or the big steal to give you that extra surge just at the right moment to put the team away."

Vanderbilt faces a tough matchup against Portland center Jusuf Nurkic, who recorded his 21st double-double of the season on Sunday with 11 points and 11 rebounds against Toronto.

Nurkic has been on a tear since missing just over a week of action at the end of December while in COVID-19 protocol, averaging 17.2 points and 13.4 rebounds in 11 games this month.