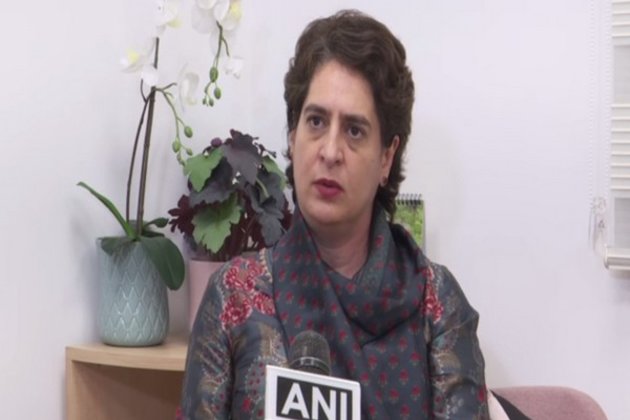 By Siddharth SharmaNew Delhi [India], January 22 (ANI): Striking a different note, Congress general secretary Priyanka Gandhi Vadra has said she is not the only face of the party for Uttar Pradesh assembly polls and her remarks at a press conference on Friday about being the face of the party were made in a "slight exaggerated way" in response to repeated queries from the media on the issue.

In an exclusive interview with ANI, she also said that the party decides who will be the chief ministerial candidate and in some States, no such decision is taken.

"Main ye nahi keh rahi hun ki main he chehra hun. Vo to maine thoda bad ke kah diya kyunki baar, baar aap log yahi sawal kar rahe hain. (I am not saying that I am the only face, I said that in a slightly exaggerated way because you keep asking the question time and again)," Priyanka Gandhi told ANI.

"There are so many States and they have in-charges whether it is Congress or BJP. Do you ask them whether they are chief ministerial face or not? Why don't you ask them? Why is this question being put to me?" she asked.

Priyanka Gandhi Vadra, who is in-charge of poll-bound Uttar Pradesh, had made a clear indication at a press conference at AICC headquarters on Friday that she is the party's face in Uttar Pradesh elections.

She said: "Aapko kisi aur ka chehra dikh raha hai Congress party ki taraf se? To phir? Ab dikh tho raha hai na sab jagah mera chehra." (Are you seeing any other face in Uttar Pradesh from Congress? Then? My face is visible everywhere.)She had also said at the press conference that no decision has been taken on her fighting the Uttar Pradesh polls. "When it is decided, you will get to know. We haven't made a decision on it yet," she had said in an interview with ANI.

Asked if there was hesitation about declaring the party's chief ministerial candidate in Uttar Pradesh, she said "where is the hesitation".

"Our party decides the face of the Chief Minister at some places, at some places we do not. This is the manner of our party, there is no hesitation".