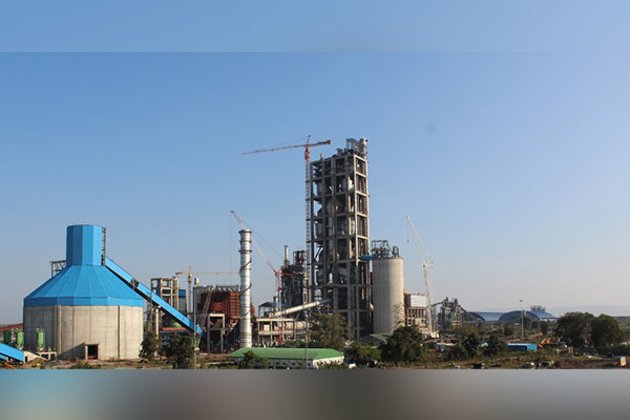 Mukutban (Maharashtra) [India], January 21 (ANI/BusinessWire India): The Mukutban integrated cement plant is an important milestone in the annals of Birla Corporation Limited (MP Birla Group), said Harsh V Lodha, Chairman, MP Birla Group, after the lighting up of the kiln at the plant today. Set up at an investment of Rs 2,744 crores it is the largest greenfield investment by the Company in the history of the Group, taking its cement business to 20 million tons annually.

The Mukutban plant of RCCPL Private Limited (RCCPL), wholly owned subsidiary of Birla Corporation Limited, is going to be one of the most advanced cement factories in India, in terms of technology and efficiency parameters.

In the light of the pandemic's impact on world economy and the cement industry in India, the inauguration of the Mukutban plant is commendable, Lodha felt. "It is no mean feat to complete such a large project under such challenging circumstances with major disruptions on account of COVID-19 which led to several logistical challenges, stoppage of work and a flight of labour from the project site on several occasions. Moreover, to achieve 10-million man hours of construction with zero accidents and completion of the entire project without a single major accident or fatality, I am told, is a unique achievement in the cement industry. The Mukutban plant will not only have a major impact on the cement business of the MP Birla Group but will make a meaningful contribution to the improvements of the lives and livelihoods of the people associated with it as well as the communities in the neighbourhood, in keeping with the Group's credo of Heart and Strength."This will be the fourth integrated cement unit of the Group and the biggest single line/kiln cement plant in Maharashtra, by capacity. It will be powered by 2 x 20 MW Thermal Captive Power Plant, which is based on Air-Cooled Condenser (ACC) technology to minimize water consumption by 90 per cent. The plant has been built exclusively by MP Birla Cement Perfect Plus brand which shows the faith the management has on the strength of its products and the brand. It would be one of the few cement plants built entirely by Portland Pozzolana Cement which has 30 per cent-35 per cent component of fly ash which is, otherwise, a waste product of thermal power plants.

Further investment will be made by the Company to generate renewable energy from multiple sources. Currently, renewable energy accounts for about 22 per cent of Birla Corporation's total power consumption. In the 103rd year of operation, driven by the motto of "HeartStrength", the Mukutban plant is founded on the twin planks of superlative technologysustainability. Blended cement makes up more than 90 per cent of the Company's total cement production, the highest in India. The consumption of slag and fly ash will be scaled up also in the Mukutban plant, benefitting the industrial units at Chandrapur. The rapid pace of infrastructure development in Maharashtra would provide a suitable and conducive environment for Birla Corporation to enter this lucrative and important market and increasing its footprint in Western India.

Arvind Pathak, MDCEO, said, "We assure our channel partners and influencers that our Sales, Marketing, Technical Services and Logistics teams are fully geared up to support them. Digital and future-ready technology shall be the backbone of our initiatives." Elaborating on the digitalization and the 360 degree composite models he referred to the mobile apps like Humsafar, Club UltimateArmaan Nirmaan which, he said, helped in empowering the consumer to make informed choice.

Dev Banerjee, President, SalesLogistics, said, "We are now committed to delivering better than the best cement to our consumers. Mukutban will show us the way to make cement the green way, in an environmentally sustainable manner. Perfect PlusChetak brands will be produced at Mukutban. Perfect Plus is our first national brand. Chetak is a legacy brand. Both these brands are popular in the Nagpur/Wardha region where we are present. We are confident these brands will become the preferred brands for the home builders of Maharashtra."Birla Corporation Limited is the flagship Company of the MP Birla Group. Incorporated as Birla Jute Manufacturing Company Limited in 1919, it was given shape by MP Birla. Birla Corporation Limited has interest in cement and jute. The Company's Birla Jute Mills is the first jute mill started by an Indian entrepreneur. The Company and its subsidiary, RCCPL, have 11 cement plants spread in eight locations across the country, with an annual installed capacity of 20 million tons. The Company produces an array of cement products, under the MP Birla Cement brand, suited to the different climatic conditions as well as different consumer segments. It also offers construction chemicals and wall putty.