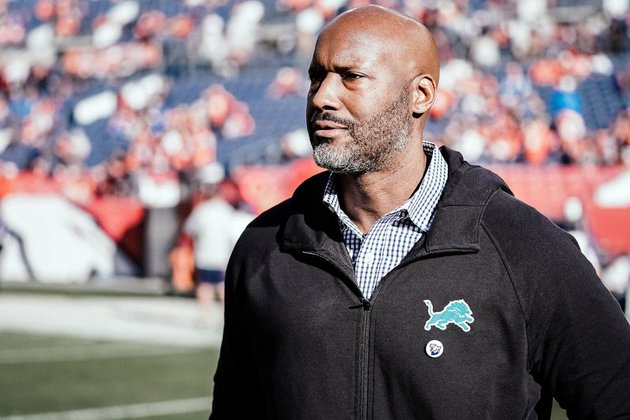 10 QUESTIONS WITH TWENTYMAN: Would Lions consider trading No. 2 pick

From time to time this offseason Tim Twentyman will answer 10 good questions from his Twitter account @ttwentyman in a feature we call "10 Questions with Twentyman."

20man: I think all options are on the table for general manager Brad Holmes, who is in a good spot with the No. 2 pick.

He can stay put and select one of the elite pass rushers - Michigan's Aidan Hutchinson or Oregon's Kayvon Thibodeaux. That's a need and could also be best available. Or maybe someone else emerges in the pre-draft process, someone like Notre Dame do-it-all safety Kyle Hamilton at No. 2.

In most years, the quarterback class would drive teams to move up, giving the Lions a better opportunity to move back, but I'm not sure that will be the case this year. Maybe one of the quarterbacks does well at the Senior Bowl and Combine and moves up draft boards, but we'll just have to see how it goes on that front. Maybe someone really covets one of these pass rushers and is willing to move up and give up assets to do so.

20man: Like I mentioned above, the Lions need an infusion of talent in a lot of spots. They could use a wide receiver, pass rusher, inside linebacker, safety and potentially a quarterback with Tim Boyle and David Blough both being free agents.

With those kinds of needs, I think it really comes down to best player available at that spot. I wouldn't go into the first round saying I need "X position with the Rams pick" at the expense of passing on a better overall football player. I think teams get into trouble that way. Trust the board and all the prep work, and take the best player available with whatever late first-round selection that turns out to be.

20man: It's been a tough first couple seasons for cornerback Jeff Okudah due to injury. He played nine games as a rookie while gutting through a core muscle injury that limited him and eventually ended his season. Then the Achilles injury Week 1 this season was a huge blow.

I remember back in 2010 people were asking the same kind of questions about quarterback Matthew Stafford after he played a total of 13 games his first two seasons because of injury. Is he the guy? Is he injury prone? Is there a better option out there? Stafford played in all 16 games for the next eight years at a pretty high level. Let's hope Okudah's football fate is similarly aligned.

Achilles injuries are major injuries, and the hope is Okudah comes back stronger or at the very least the player he was pre-injury. It will really come down to his recovery and whether or not he loses any speed or agility from the injury. If not, he's got the size and skill set to be very good in this league. He just needs to get past the injuries.

Undrafted rookie free agent Jerry Jacobs was really good this past season, and it's unfortunate that rehab from a torn ACL suffered in December will occupy most of his offseason. Hopefully, he's ready by the start of next season.

I'd throw Ifeatu Melifonwu into the mix there as well. Last year's third-round pick looked good when he wasn't dealing injury and able to play. I think head coach Dan Campbell and defensive coordinator Aaron Glenn have a good problem on their hands at cornerback. Amani Oruwariye, Okudah, Jacobs and Melifonwu can all play and are under contract. I wouldn't be surprised if the Lions add more talent to the position this offseason as well. Those players will push each other to be better all offseason and into training camp.

Something tells me Okudah will be very motivated to come back healthy, prove he can stay healthy, and show why the team used a No. 3 overall pick on him.

20man: This year's quarterback class is senior-driven, which is great because the Lions are one of the two teams coaching the Senior Bowl. Six of the top seven projected quarterbacks in this class are taking part in the practices and the game in a couple weeks.

The Lions are coaching Malik Willis (Liberty), Sam Howell (North Carolina) and Bailey Zappe (Western Kentucky). Of those three, Willis intrigues me the most. An Auburn transfer, Willis has the kind of athleticism and versatility that could entice teams. He's thrown for 5,107 yards with 47 touchdowns and 18 interceptions the past two years combined, while also rushing for 1,822 yards and 17 more touchdowns over that stretch. The Senior Bowl will be a big week for him to show he can be productive against next level competition for a week.

I wouldn't rule out any position in the draft, especially late in the first round, but I think there are more pressing needs than quarterback that high in the draft with the way Jared Goff finished the season.

20man: As you noted, this isn't an elite quarterback class. There's no slam-dunk top pick like Trevor Lawrence was last year. It's still a good class, with a lot of experience.

Looking ahead to next year, here are a few of the names who could be available: Bryce Young (Alabama), C.J. Stroud (Ohio State), Anthony Richardson (Florida), D.J. Uiagalelei (Clemson) and Grayson McCall (Coastal Carolina). Young and Stroud could be top 10 picks.

The Lions currently have two first-round picks in the 2023 draft (their own and the Rams' pick).

20man: Other than wide receiver, I would prioritize pass rusher, safety, linebacker, backup quarterback and tight end. Teams can also never have too many cornerbacks, though I like the young talent the Lions have there.

The receiver and edge rusher classes of free agency are loaded. Davante Adams, Chris Godwin, Mike Williams and Allen Robinson are eligible for free agency at receiver in March. We'll obviously have to wait and see how the franchise tag and re-signings factor into the list, but it's a really deep class with productive players throughout all levels of free agency.

It's an okay safety and tight end free agent class. Inside linebacker is a little weak.

This looks to be a very good draft for teams needing edge rushers, receivers and safeties - three of the biggest needs I identified for the Lions. It's a good class of linebackers at the top, the quarterback group has depth, and the tight end class is one of the weaker ones in recent years.

20man: Quintez Cephus was having a good start to his season before injuring his collar bone Week 5 and missing the rest of the year. He had 15 receptions for 204 yards (13.6 average) with two touchdowns in about four and a half games of work.

I think he'll be in the mix for playing time next year with his continued growth. I still expect the Lions to add to that group in both free agency and the draft.

Free agency comes first, so that could have an impact on what the Lions are looking for in the draft, but a player I like early in the process is Arkansas' Treylon Burks.

The Lions have a terrific slot receiver in Amon-Ra St. Brown. Burks could give them a big-framed outside threat at 6-foot-3, 225 pounds to stretch the field and make 50-50 catches down the field.

Burks caught 66 passes for 1,104 yards with 11 touchdowns this past season. I like his 16.7-yard per reception average.

20man: The team has not announced any interviews or hires, but the coaching staff is off this week.

I would not be surprised if tight ends coach Ben Johnson gets a serious look. He was elevated to passing game coordinator midseason, and did a tremendous job alongside Campbell and the rest of the coaches in transforming Detroit's passing attack into a real weapon the second half of the season. Every player and coach I talk to about him raves about his football intelligence and creativity.

20man: Usually about a third of the roster turns over in any given year. It was a little bit more last year, but that's expected when a new regime comes in. It was closer to 50 percent.

The Lions have 34 free agents - the highest number I can remember in my 13 years covering the team - which could lend itself to a little bit more than a third again this year, but 15 of those soon-to-be free agents are exclusive rights free agents, which means the Lions control their rights, and if the team wants them back they have to play for Detroit or sit out the 2022 season. Some names among that list include: Long snapper Scott Daly, punter Jack Fox, running back Godwin Igwebuike, wide receiver Tom Kennedy, guard Tommy Kraemer, outside linebacker Jessie Lemonier, tackle Matt Nelson, kicker Riley Patterson, linebacker Anthony Pittman, cornerback Bobby Price and tight end Brock Wright.

I think a good mark every year is to expect the roster to turn over somewhere between 30-40 percent.

20man: Everyone has bought in to what Holmes and Campbell are trying to build from a culture standpoint. That's been the most evident. We saw how the players stayed engaged and played hard right to the end. They never wavered from Campbell's message that going through adversity at times like they did this year laid the foundation for future success.

I thought Campbell grew as a head coach throughout his first season. He showed a willingness to make tough decisions to improve the football team when he took over play calling midseason and changed some things on offense. It worked, but it couldn't have been an easy decision. And to see the offense take huge leaps afterwards speaks to Campbell's football IQ and evolution as a play caller.

Holmes had a terrific first draft, finding six starters, and it looks like he hit home runs with Penei Sewell and St. Brown. He also found Jacobs, AJ Parker, Kraemer and Wright after the draft, four more rookies who started games and gained valuable experience. Holmes showed in his first season as GM has a very good grasp on college scouting and talent evaluation.

I wouldn't call it concerning, but I'd say maybe one thing Holmes could improve this offseason is to have less misses in free agency. There were some great hits with running back Jamaal Williams and outside linebacker Charles Harris, but there were some misses too, like wide receiver Breshad Perriman.