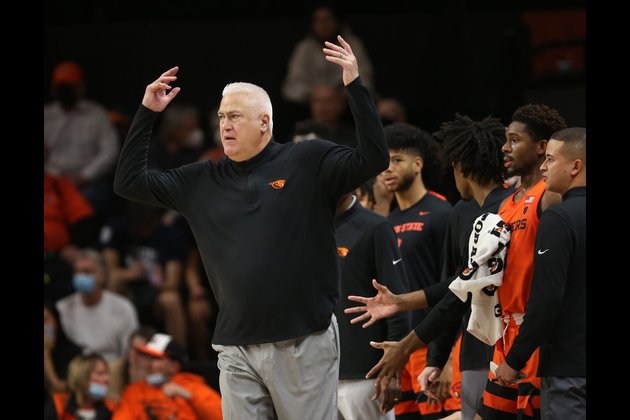 Washington was without head coach Mike Hopkins, who was placed in the COVID-19 protocol earlier in the day. Assistant Will Conroy, the school's all-time leader in assists, filled in for Hopkins.

The Huskies overcame a 38-36 halftime deficit.

Washington never trailed after that, extending the lead to as many as 12 on a Brown jumper in the final seconds.

The Beavers were within 73-68 when Davis made a basket and was fouled with 1:49 left, but he missed the ensuing free throw and Fuller sank a 3-pointer at the other end to help clinch the victory.

The Beavers, who reached the Elite Eight of the NCAA Tournament last spring, took their largest lead at 36-31 on a hook shot in the lane by Silva with 51 seconds remaining before the intermission.

Matthews was fouled on a 3-point attempt and made all three free throws to make it 36-34.

A driving layup by Taylor put Oregon State back up by four before a Brown layup with two seconds left pulled the Huskies within 38-36.