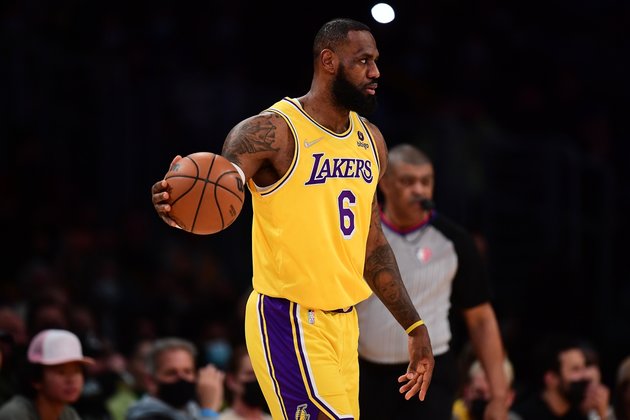 Lakers look for spark vs. Magic in opener of road trip

Facing their longest road trip of the season, the Los Angeles Lakers look to find some better footing on an increasingly slippery slope.

The Lakers have dropped four of five games, again sliding under the .500 mark, as they open a six-game Eastern Conference swing on Friday night against the Orlando Magic.

In Wednesday's 111-104 home loss to the Indiana Pacers, the Lakers squandered an early 15-point lead, while much of the focus centered on coach Frank Vogel's decision to keep Russell Westbrook on the bench for the final 3 minutes, 52 seconds.

Westbrook scored 14 points, making four 3-pointers, on 5-for-17 shooting and the Lakers were outscored by 18 points in his 27 minutes on the floor.

Vogel said postgame that the decision against playing Westbrook down the stretch stemmed from "playing the guys I thought were going to win the game."

"We believe in our group, but this is definitely a disappointing loss," Vogel said. "(Indiana) is a team -- sub-500 -- on our home court. We feel like we should win, and you gotta win the games you feel like you should win."

Anthony Davis' long-awaited return to the lineup also remains a hot topic of conversation. Davis, who has not played since sustaining a left knee injury on Dec. 17, has reportedly been cleared for contact work while the Lakers have gone 6-9 in his absence.

Davis was listed as out for Orlando as of Thursday's injury report, while James is probable with an abdominal strain.

Friday marks the first leg of a five-game homestand for the Magic. However, Orlando has lost eight consecutive home games as well as 13 of 14 games overall.

The Magic then lost in Philadelphia on Wednesday, 123-110, as Sixers' star Joel Embiid tied his career high with 50 points.

One bright spot was the offensive effort of center Mo Bamba, who made 7-of-8 3-pointers en route to a career-high 32 points. Bamba sank five 3-pointers in the second quarter while the Magic made 18 3-pointers as a team and held a 10-point lead at halftime.

"I credit it all to my teammates," Bamba said postgame Wednesday. "They were able to find me in different situations, whether it was inbounds or trail 3s. Just different types of action."

Yet, they were outscored by the 76ers in the third quarter, 47-23, marking the second-most points the Magic have ever allowed in a period.

Orlando's Wendell Carter Jr. (hamstring) remained sidelined on Wednesday for the seventh consecutive game. Terrence Ross, one of the Magic's top scorers off the bench, left the Sixers game due to right knee soreness.